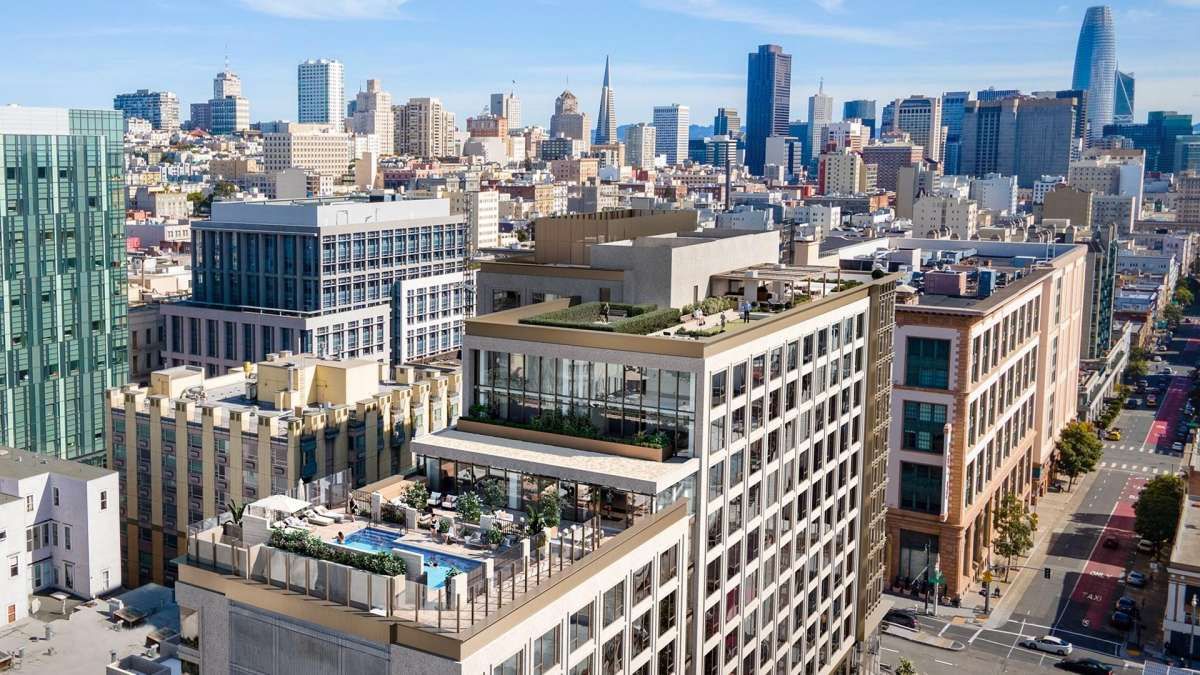 It’s not enough that San Francisco has decent enough luxury housing and not a lot of affordable or middle income housing, but now we’re going to have luxury senior housing for the affluent baby boomers who want to live in the city and go there. all the same to the Symphony and others.

Yes, a pair of developers are putting the finishing touches on Coterie Colline de la Cathédrale, a new luxury seniors’ complex in what was once the KRON4 offices at 1001 Van Ness Avenue (in O’Farrell). The 208-unit building has many pleasant amenities, including swimming pools, spa, rooftop gardens, cinema, lounges, shuttles to transport residents to the theater or museum, a cafe and bar. salon on site, and above all, three meals a day by “a team of Michelin-starred chefs”. These meals can be enjoyed in a formal dining room, or they can be ordered as room service – and the two-bedroom units also have full kitchens for those times when one wants to cook.

And the place is designed by local designers Handel Architects, who also designed the 181 Fremont tower and its luxury condos.

The Chronicle Reports today on this luxury senior project, which is slated to open in March 2022, and highlights its mind-blowing rents: apartments start at $ 16,000 / month and go up to $ 27,000 / month, which includes the three meals a day. The developers are Related and Atria Senior Living, and Altria CEO John Moore told the newspaper that the project is modeled after the similar Altria seniors complex on the Upper West Side of Manhattan, where rents are about $ 20,000 per month, and there is a waiting list to get in.

“There are sophisticated urban seniors who would rather stay in their hometown,” says Moore, rather than decamping to Florida or Arizona, which don’t exactly have a world-class culture. “And there aren’t many options if their hometowns are the big, 24-hour cities like San Francisco, Manhattan, or Los Angeles.”

So here is the market for those baby boomers with money to burn, who want to keep going to the theater and ballet and not have to commute to do so.

Coterie Cathedral Hill is, among other things, within walking distance of the opera, ballet and Davies Symphony Hall. And there’s the aforementioned shuttle to go anywhere else, plus a chauffeur-driven city car option.

The resort will also offer private medical care on site, and the location is right next to the new CPMC hospital on Van Ness, which could be a convenience.

The Chronicle talks to one of the first people to sign a top floor lease, Janet Cluff. At 80, Cluff has lived for years in a big house in Twin Peaks and is looking to downsize, but the other good options for the town’s seniors aren’t easy to grab hold of. At the towers of San Francisco, on Pine Street, for example, Cluff notes, “You have to wait for someone to die to enter.”

And she has no qualms about paying the Coterie rents, saying, “It’s twice as expensive as the Towers but you get what you pay for.”

If this place is performing well and has its own waitlist, you can expect more things like this to be built in the years to come. The Altria / Related partnership already has a second project in New York in the works, which is expected to open in Hudson Yards at the end of next year.