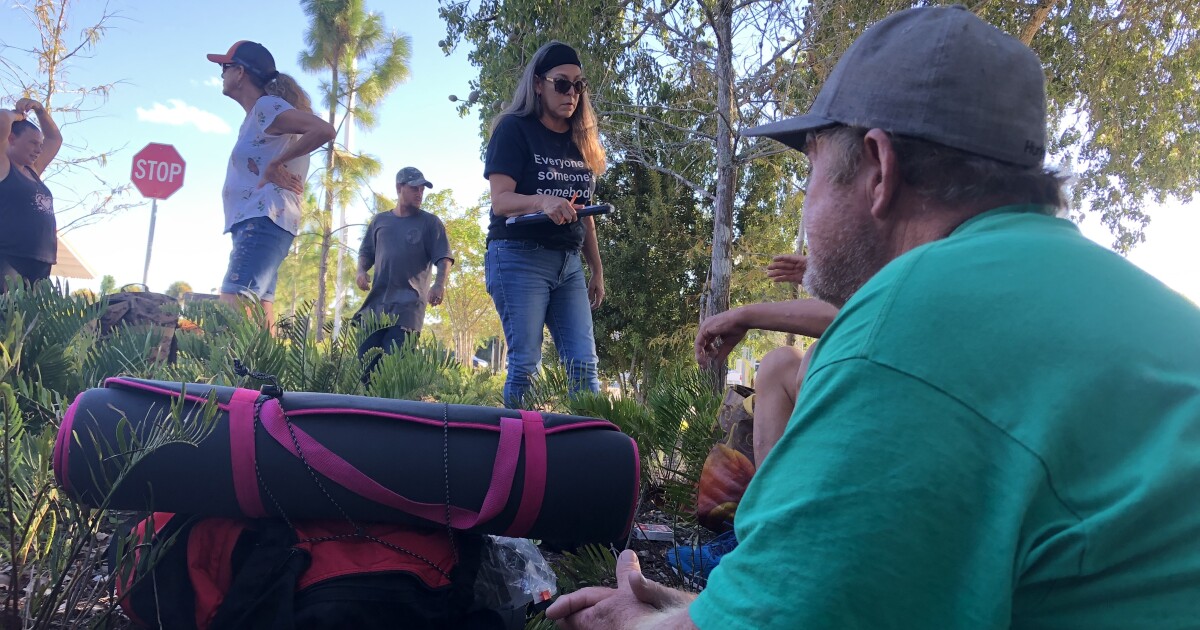 Increase in “homeless workers” with rental costs in Florida

There is a lot of talk about affordable housing in the Sunshine State this year. Reports from sites like Realtor.com show that South Florida has the third fastest growing rental market in the country. Rental prices are up 27% compared to last year.

More and more tenants are being forced to adapt – and some are simply being billed with no place to live. It’s the homeless people who work on the Treasure Coast who compare the search for affordable housing to the search for buried gems.

We’re in Stuart, the sailboat capital of the world, at Gail Harvey’s, who isn’t packing for a trip to the pier, but tends to talk less about business.

Crisis calls her and other members of the nonprofit Tent City Helpers, to whom she responds physically every Monday.

As chair of the board of directors of Tent City Helpers, she personally goes under bridges, behind shops and other public spaces to distribute supplies and information on resources for the homeless.

“There are people who work hard and try to make a living without a shower, live in their cars, try to find a way out of housing,” Harvey said. “So there are a lot of hard working people out there.”

People like Christianne Taylor who works full time as a cook in a restaurant in Martin County.

“We’re causing chaos, that’s what they think – and we’re not,” said Christianne Taylor. “There is nowhere else to go.”

WPTV met Taylor when she was off the clock in a parking lot. When she works, her day begins at 5 a.m. in a public park. But finding a toilet is just a daily obstacle. Taylor also carries everything she owns in a large camouflage duffel bag.

“Blankets, pillows – that’s what I have to carry around every day,” Taylor said.

“Housing prices have continued to skyrocket and now you have people who have jobs who are homeless,” Essaye said. “If you have people who have jobs but can’t afford to live or rent in your community, that’s a big red flag. Policymakers need to come together with builders and developers and say that we have to try to fight this crisis and find a way to essentially avoid a California mess. “

WPTV met with the Martin County Social Services Administrator and staff to find out what is being done, who is most at risk, and what they are hearing from working homeless people.

“The rents are very high and even rents that were affordable are no longer,” Miller said.

“People are calling us now to say, ‘I’m going to be evicted because the owner is selling my house. I have nowhere to go. I have no savings. So there is a new population that they settled in and they were fine in the unit they were in and their rent was reasonable, but now because of what’s going on with real estate and rentals in this neighborhood, they are now on the street and they can I can’t find another low rent unit, ”added Terri Ellis, Martin County Social Services Case Manager.

Miller and Ellis say the county is helping higher-priced working families, seniors on fixed incomes, and working-age adults with disabilities.

“Where are they going to get something for $ 900, even a bedroom at Stuart. It doesn’t exist,” Ellis said.

As a Case Manager, Ellis works with people in transition by providing them with HUD Housing Choice Vouchers that they can apply to a unit they find.

The change is finding an affordable unit that matches the income level required to move in.

“They want them to have two or three times the rent each month to be able to get in. So there are income criteria for the sites and this is something new that we’ve seen in the last few months,” Ellis said. .

She calls it a great team effort to find affordable housing in 2021. And amid the surge in the number of people who need it, the county is welcoming more homeowners willing to work with their neighbors, both close and distant.

“A landlord or someone who has apartments for rent, call. Call us,” Ellis said.

If you are an owner, builder or developer who would like to work with the Martin County Social Services Office, visit here: https://www.martin.fl.us/martin-county-services/homeless-rental- assistance Or call (772) 288-5785.