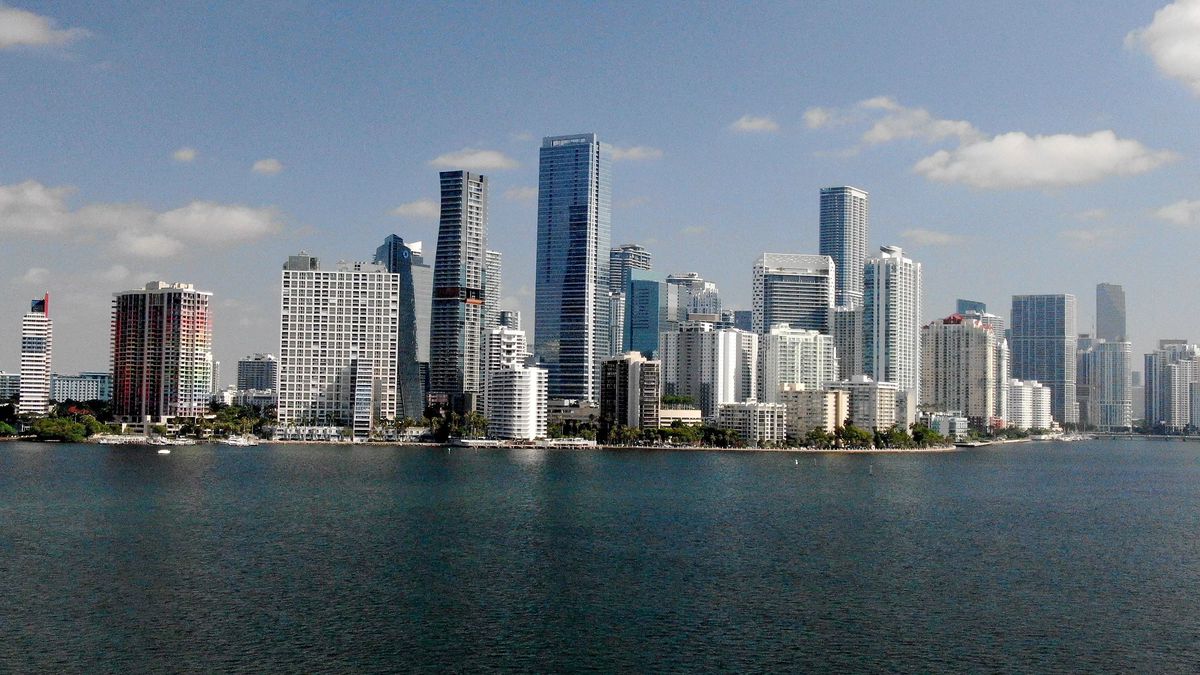 TALLAHASSEE — Florida lawmakers on Tuesday reached an agreement on the most significant overhaul of Florida’s condominium laws in two decades, seeking to prevent a repeat of last year’s catastrophic collapse of Champlain Towers South in Surfside which left 98 dead.

The reform package, which includes statewide inspections for aging condo buildings and requiring condo corporations to hold money in reserves to pay for repairs, passed by the full Senate on Tuesday evening and is expected to be approved by the House on Wednesday.

Adjustments to the state’s condo law would also require developers of new buildings to fund reserves before handing over the keys to condo boards, and open up board members who ignore inspection requirements to lawsuits.

The proposal emerged Tuesday afternoon as state lawmakers were in Tallahassee to address Florida‘s struggling property insurance market in a special session convened by Governor Ron DeSantis. Reforms to the state’s condo laws were not on the agenda, but Republican leaders unveiled the legislation after negotiating the details behind the scenes.

“I think there’s been a lot of criticism, understandably, that we didn’t move the bill forward during the regular session,” said House Speaker Chris Sprows, R -Palm Harbor, to reporters shortly after the bill’s release. “But I think the bill we have today is significantly better than what we could have agreed on a few months ago.”

Five hours after the 101-page measure was tabled in the House, the Senate added the condominium reform proposal as an amendment to a roof bill related to property insurance. It was approved by the Senate on a 38-0 vote. The roof bill with condo reforms will be considered by the House on Wednesday.

“This is not a perfect bill. It’s not the perfect solution. There are tough love measures. But the state has a compelling interest in improving and saving the lives of people who live in co-ops and condominiums. And it will do that,” said Sen. Jason Pizzo, D-Miami, whose family lives in a condo.

No agreement reached during the regular session

In March, lawmakers concluded the regular legislative session without an agreement on condominium reform. The Senate wanted to impose a statewide re-inspection requirement for aging buildings, but not a requirement to keep money in reserve to pay for repairs, fearing people on fixed incomes might not be able to afford it. able to pay the bill.

“After witnessing the Surfside tragedy, the number one priority for me this past term was to enact meaningful condo reform,” Perez said Tuesday. “I’ve always been willing to discuss what that looks like, but I’ve never been willing to pass legislation that doesn’t address the real issue, which is ensuring there’s funding for the association to solve the problems discovered during the inspections.”

You are all registered!

Want more of our free weekly newsletters in your inbox? Let’s start.

Explore all your options

The agreement would address this concern. This would require condominium associations to conduct reserve studies every ten years to ensure they have the resources to fund necessary structural repairs. From 2025, they would be prohibited from waiving the requirement to put money into reserves to make structural repairs, although they could continue to waive raising reserve funds for other improvements.

There are hundreds of condominiums in South Florida and others across the state that would need increased funding quickly if the bill passes, said Roberto Blanch, an attorney in Miami-based condominium for Siegfried Rivera.

“It’s most likely going to put a huge financial burden on (the condominium corporations),” Blanch said. “It’s a bit like quitting smoking cold turkey. There will be no phasing out for these people…it could, in some buildings, become a very hard pill to swallow.

There is still a little time to prepare

Pizzo noted that the reserve requirement will not come into effect until December 31, 2024.

“We don’t want any industry, individual, family or entity to think we’re displacing them and just ignoring them,” Pizzo said. “There are many ways to convey value. It’s not just pocket money. You don’t have to be very creative or very fancy, and no one should worry about being out of place.

“The reason I was so attached to this is that the majority of associations are currently waiving their reserves, which they are able to do,” he said. “But we had to keep the association’s feet on fire, and the only way to do that was to take away the option for them to waive the reservations.”

The bill requires structural studies and funding not only for building roofs, floors and foundations, but also specifies inspections of crucial components such as load-bearing walls and waterproofing that experts believe have contributed to the partial collapse of the Champlain South Towers.

David Haber, a Miami-based condominium attorney, said that prior to the Surfside collapse, condominium reservation studies typically included items such as pool furniture, air conditioning equipment, and electrical components, ” but load-bearing walls were not part of it, and neither was waterproofing.

“It’s, I think, a direct response to what (lawmakers) saw at Surfside,” Haber said.

Champlain Towers South had just over $777,000 in reserves to pay what inspectors estimated was a $16 million repair bill. Tensions among condo board members led to years of delayed repairs, which Miami Herald engineers say likely contributed to the partial collapse.

Haber, who has long advocated for reforms to the state’s condo law, said requiring developers to fund reserves and opening up condo board members to liability legal are also significant changes that will reverberate throughout Florida.

“So far, boards have slowed inspections by 40 years if you will, and repairs have slowed down,” Haber said. “(Lawmakers) are making it clear that you better do these mandatory inspections, otherwise.”

The bill would also require condos to be recertified after 30 years if they have three or more stories, or if they are 25 years old and within three miles of the coast. Every 10 years after that, they would have to be recertified again.

The statewide inspection requirement is necessary to ensure “buildings are structurally sound so as not to pose a threat to public health, safety or welfare,” the draft law says. law.

But under current law, only Miami-Dade and Broward counties and some individual cities require regular condo inspections to check for structural integrity. The bill would change that.

“While we can never replace the 98 lives we lost in the collapse of the Champlain South Towers, we can honor their memory with strong reforms that will better protect condo owners and residents in the future,” said Senate Speaker Wilton Simpson said in a statement.

DeSantis’ office said the legislative proposal is a “welcome step in ensuring that such a tragedy, as the Surfside community experienced over the past year, will never happen again.”

“As the Governor mentioned, federal and local investigations are ongoing into the finer details of the Champlain South Towers disaster. When these investigations are complete, we will review their findings and carefully consider any recommendations for additional reforms based on these findings,” DeSantis publicist Christina Pushaw said in a statement. “The safety of Floridians is an important priority for the governor.”