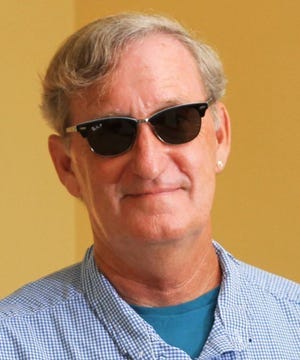 A war is about to begin.

A toxic political climate, the start of the pandemic, worries about the economy – and in the midst of it all, we tried to take a census.

The United States Census is a truly constitutionally required decennial process, and basically just tells us how many people – roughly – live within our borders. From the outset, the census was linked to representation.

“The representatives and the direct taxes will be distributed among the various States which may be included in the present Union, according to their respective Numbers … [t]The actual count will be made within three years of the first meeting of the United States Congress, and in each subsequent ten-year period, as they determine by law â€.

This covers what is now called â€œdistributionâ€. The idea is that when states lose or gain a critical mass of population, the existing seats in the US House of Representatives will change as well – some states will gain additional seats due to the increase in population, others will lose them due to the loss of population.

Each state must have at least one seat (to represent its taxpayers) regardless of the size of the population. So far, so good. But what about the districts for those seats – in fact all seats (including the State House and Senate, except Nebraska) will be? Who will be in them? How much? And what about the legislative seats of states?

Populations move within states, as well as through them, and the Constitution has essentially left that line to the states themselves, with a wave of hands over how many people should be represented in it. a congressional district, but not much more.

The rural history of the United States has dictated that there could be an imbalance – and as the United States became more industrial, the cry for redistribution within states increased. In vain. As you might expect, the people in those legislative seats, who controlled the process, liked it the way it was.

Lawsuits have been filed – the Supreme Court opposed, generally saying it was a legislative issue – that the court should not get involved in “political matters”. Until 1961, when a case emerged from Tennessee (Baker v. Carr), based on a 1901 state law requiring a reallocation of the state. The court gave in and ruled in favor of a reallocation. And for their sins, one way or another, the courts have ruled on this process ever since.

â€œGerrymanderingâ€ (drawing districts for partisan advantage) has a long and perhaps sordid history, but it has always been a part of line art here in the United States. The real players in this wild little game are the elected officials themselves, who will be happy to sell their grandmothers – and also their mothers – for a few percentage points of advantage in their neighborhoods of origin.

There is no “fair” way to do it – there are winners and losers, and losers always sue. Because it’s not fair. And, often, this is not the case. All attempts to make it “fair” fail miserably – and end up in court anyway.

We have moved from the legislature simply creating districts every ten years to committees of “non-partisan” people doing so with the approval of the legislator or governor, to citizens’ committees … and the number and variety of cards has proliferated. like a plague of frogs over the years.

The job of twisting districts across an entire state previously required a doctorate. in stats and an army of mutant cartographers – but can now be done by a bored gamer with a Chromebook, readily available data, and a few lazy keystrokes – online.

And the product of this process has more in common with a Pollock splash paint than with anything that looks like “communities of interest.”

War is now upon us and Florida faces a real challenge: a non-partisan approach, avoiding the courts and trying to be “fair.” Good luck to everyone, especially the judges.

R. Bruce Anderson is the Dr. Sarah D. and L. Kirk McKay, Jr. Chair in American History, Government and Civics Education and Miller Distinguished Professor of Political Science at Florida Southern College. He is also a columnist for The Ledger and political consultant and on-air commentator for WLKF Radio.