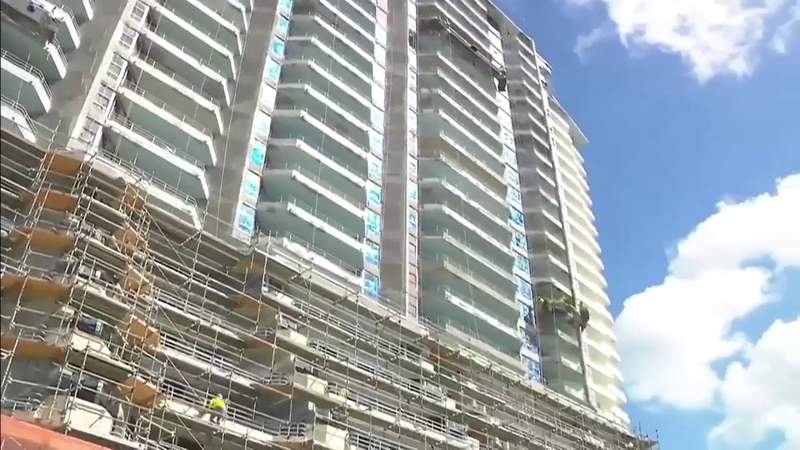 MIAMI – A man is the only one still living in a high-rise condominium on Biscayne Bay.

He took his deportation to court.

There may also be a role model on the part of the developer when it comes to evacuating residents.

Bay Parc is a condominium located on Bayshore Drive in Miami.

On the 23rd floor, residents have moved and construction is underway.

The residents of the 22nd floor appear to be next. They received a note stating that all leases would be terminated in mid-November.

The shock they received was similar to the experience the residents of Hamilton on the Bay went through last summer.

This building, located about a kilometer and a half from Bay Parc, also belongs to the real estate investment company Amico.

Steven Leidner is the only one resisting there, fighting against deportation in court. Leidner alleges that Aimco encouraged them to sign new leases, then enforced the early termination clauses they had promised not to use.

“He assured us from top to bottom that he had no plans to kick us out,” Leidner said.

Local 10 News has obtained a copy of the lease, and it is said that no renovations were planned.

Aimco said he suddenly discovered an extremely dangerous sewage system as the reason they triggered the early termination clauses.

Local 10 News has requested this documentation but has not yet received it.

“I’m asking my construction department for a document audit trail,” Russell said. “I know this building was going through its 30-40 year certification to see if any surprises were found. “